Previous Windsor High School and Sixth Form Headteacher who became CEO of Windsor Academy Trust has retired after 22 dedicated years improving the lives of children across the West Midlands.

Keith retired at Christmas after serving six years as CEO and 16 years as Headteacher at Windsor High School and Sixth Form in Halesowen, among his other previous teaching roles within the region.

When asked, his best memory of Headteacher was the visit from Tony Blair in his last week as Prime Minister. He came because Keith was lead figure for the DfE in setting up Tony’s original trusts based around GMVQ’s. Keith was one of nine across the country who worked with this collaboration. Keith describes this visit as a “mega event” there was a helicopter arrival, secret service staff on site and sniffer dogs. "It was an uplifting experience". Tony Blair also played Tennis with a Year 9 student which was wildly viewed.

Keith's best memory of being a CEO was having breakfast with Sir Ranulph Fiennes. "The 45 minute talk I was able to have with him was fascinating and just a privilege to be able to have a chat with him - what a courageous person".

Always putting children first and striving to improve their life chances, Keith has made an enormous impact on education in the region and leaves a lasting legacy.

Keith began teaching in Staffordshire and Birmingham before joining Windsor High School and Sixth Form in 1999 when the school was in serious weaknesses. Keith made immediate improvements, which saw the school recognised as one of the most improved in the country in 2000, before guiding Windsor High School to an 'Outstanding' Ofsted rating in 2008.

In 2010, Keith's vision for providing a high-quality sixth form for young people in Halesowen came to life when the Sixth Form building at Windsor High School was officially opened. The Sixth Form continues to thrive, providing excellent education to over 300 students. “Without any shadow of a doubt, building and developing the Sixth Form was my biggest achievement. It was the hardest thing I had to do but absolutely worth all the challenges”.

Looking back on an extraordinary two decades, Keith says:

"I'm incredibly proud to have had the privilege of being CEO, it has been a great honour. I'm really proud of the impact we have made on children and the communities, particularly in those schools that have been challenged, and the transformation of our school buildings through capital investment and a commitment to a more sustainable future". 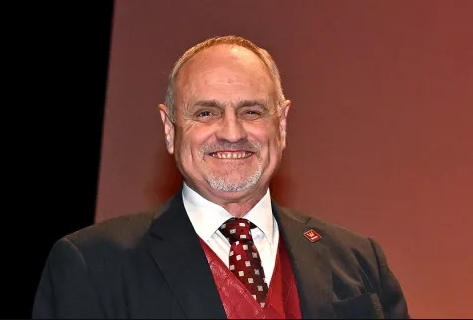 Keith's passion for improving the lives of children through education and putting those most in need first will continue to drive the Windsor Academy Trust family forward as they power into their second decade with current Deputy CEO and Education Director Dawn Haywood who starter her role as the new CEO this month.

Keith’s final message is to “Continue what you are doing, reach more students and have more of an impact”. Windsor High School and Sixth Form to advertise for a Headteacher following Mr Sorrell's progression to CEO of Windsor A… More...